In this write-up we will go over the reasons that inspired us to work on 3xcaliSwap, our improved features over Velodrome & Solidly as well as some cool UI/UX features.

Decentralized exchanges were some of the first OpFi products that found Product Market Fit. They are an important way for users and protocols to capture value within the ecosystem as well as being the fundamental financial primitive to generate the liquidity needed to power the OpFi Ecosystem.

In the first generation of AMMs. They were built with Liquidity Providers as the end user. This was because LPs were the primary users and earned trading fees based on their share of a pool and the respective trade volume.

However, once token-based incentives launched, it changed the way in which participants use AMMs. The end user shifted from LPs to other protocols/projects.

Today, since the market has shifted, it means that AMMs are primarily needed for projects, either through token incentives, bootstrapping liquidity, or even protocol-owned liquidity.

With this shift, it means that instead of end users (traders or LPs) being the primary users, now other protocols are the new most important AMM end users.

Sufficient liquidity is the key to a flourishing financial ecosystem. OpFi primitives and composability amplify contract functionality; however, without liquidity, the entire OpFi vertical would not subsist.

The two largest use cases for OpFi, and by extension the products with the most product market fit (PMF).

In a highly competitive market, the fight to conquer and win market share was influenced by the utilization of aggressive emissions.

Projects scaled extremely quickly as a result, however in the search for attracting fast liquidity, they traded longevity for:

With a multitude of products and services, there are many games to be played and rationale for accruing liquidity.

OpFi is often likened to playing a game, and how can it not? Considering the fact that game theory plays such an integral part of designing a product’s architecture and protocol mechanics.

The main game is obviously about how to attract and retain liquidity. Projects have gone through various stages of liquidity incentivization experimentation. The challenge for new OpFi projects is to incentivize liquidity and optimize the game theory mechanics which will have positive outcomes for users and still be a sustainable business model for the project.

So far, we have seen three main liquidity games.  Each one fosters its own drawbacks, and problematic outcomes for all market participants.

Promotes mercenary capital, by attaching a reward to staked LPs. Liquidity and users are fleeting and move on after Pool 2 has been farmed and dumped.

Protocol-owned liquidity in the bonds + the (3,3) model (popularized by Olympus DAO) is highly dependent on market psychology rather than sustainable economic incentives. Bonds mean (3,3) projects consistently buy assets below market value over time, while also inflating their own token supply. Meaning paying dollars on the cent to acquire assets. Results in running a debt deficit where the debt is the outstanding project token supply. During a macro market downtrend, these mechanics are not financially sound.

Building new protocols in order to direct and control liquidity via incentives/voting for the market-leading liquidity marketplaces e.g Curve. In this system, the incumbents hold a clear first movers advantage and hold a moat for entry into the CRV/CVX system. Bribing voters in the CRV/CVX system remains expensive by itself. The markets available to users are also limited based on the fact that this is a liquidity game.

Offering liquidity incentives and a sustainable business model for the longevity of a protocol.

As a protocol using an AMM, it is important to have the following functionality so that they can best leverage product:

Building a Product Catered to other Protocols/Projects

3xcaliSwap is a permissionless DEX that allows other protocols to easily acquire deep liquidity for their token, bribe emissions to their pool, and also accrue fees from the liquidity they incentivize.

The 3xcaliSwap AMM is based on the original Solidly codebase. This means by design, our protocol is built to align emissions with fees generated, and not with liquidity.

Protocols and other large stakeholders lock their $XCAL to gain voting power and direct emissions to the pools they vote for. We have also improved several areas of the Solidly codebase, which we believe were mechanical issues that hindered its success.

With the Solidly design, any protocol or project can easily incentivize their own liquidity, be it for their token, their stablecoin, or even other derivatives, and while doing so, they fully accrue fees.

As a result, the liquidity attracted should be of higher quality and more sticky, thanks to the ‘protocol first’ nature of the design. Our token mechanics and emissions schedule is improved on the Solidly and Velodrome iteration.

3xcaliSwap is on Arbitrum. Case closed!

To solve this issue, we will reduce the initial distribution to about 1.7% of the total liquidity mining emissions.

To prevent this issue, we set the weekly decay to 1%, only on the maximum weekly emissions, similarly to what Velodrome has proposed, but still using an adaptive algorithm to adjust the minting amount based on how much has been already distributed.

For this reason, $XCAL weekly emissions are multiplied by circulating/total supply ratio as in Solidly.

3xcalibur solves this problem by adjusting the emissions algorithmically by checking the distance from certain milestones at each epoch (read below for more details).

In adjusting the emissions algorithmically via checking the distance from certain milestones at each epoch, we keep emissions length in the 3.5-4.5 years range by appropriately adjusting velocity.To tune velocity, every epoch two parameters will be adjusted:

These simulations took into account all the vesting tokens that will be released weekly, variating the probability of locking a percentage of them. They also consider the edge cases of everything locked/nothing locked for the whole duration.

Multiswap allows traders to do a one-to-many asset swap. The order will be directly routed through different pools to mitigate the gas fee as well as the slippage.

E.g 10,000 DAI swapped for ETH, DPX and XCALUsers can set the percentage distribution for the swap with a slider.

A "stable pool" which allows traders to trade between correlated assets with minimum slippage e.g. USDC-DAI.

Higher fees -> more liquidity -> less slippage -> better price for traders which might be better trade-off for price than lowering fees to 0.01%

A clean UI and a smooth UX are crucial to the success of any DApp. We took time to dive into UI/UX research with DeFi power users in order to port the best ideas and features over to 3xcalibur.

This is of course a perpetual work-in-progress.

Aside from MultiSwap and MultiZap (which are described above) -  we have worked on some features that were low hanging fruit and we continue to deliberate over the implementation of several other UI/UX Nice-To-Have features.

If you have any questions/feedback/ideas - feel free to raise them on any one of our social channels and we will happily engage.

NB: The interface background art used in the screenshots in this article is bound to change.

In the meantime, we hope you are ready for the $XCAL Public Round in a few minutes!

Thank you for reading Insurgent!

Follow our official social media accounts and visit our website to stay up to date with everything 3xcalibur.

THE $XCAL TOKEN IS NOT ON THE MARKET YET!

Be careful of fake Telegram groups, Discord servers and Twitter accounts trying to impersonate 3xcalibur. Only use our official links and make sure to crosscheck. 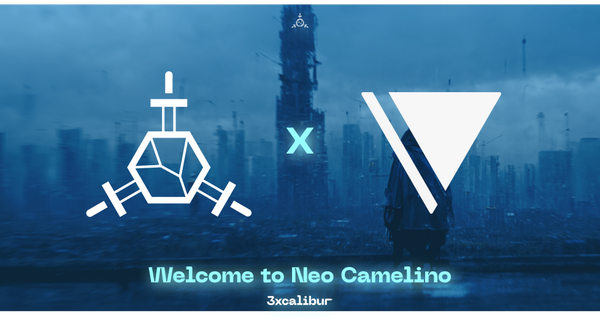 We are excited to announce our integration with Vendor Finance. What is Vendor Finance? Vendor offers a unique product making it possible for permission-less, non-liquidatable, fixed-rate, and fixed-terms loan pools customized by lenders. The innovative borrowing and lending protocol functions on well-known principles for a decentralized money market. The vendor 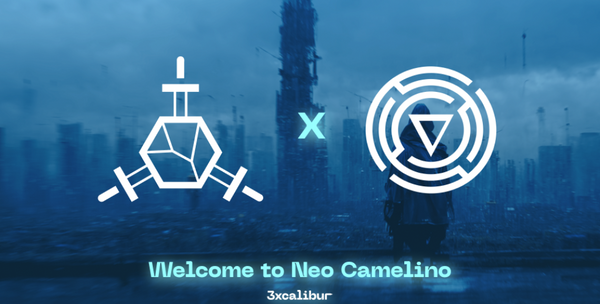 We are excited to announce our integration with Odos - The optimal DEX aggregator.

Greetings Insurgents! We are excited to introduce to you one of our partner projects Mugen Finance.